Dave Kennedy is one of New Brunswick’s most decorated Goalie Coaches having captured several National Championships at different levels including the Memorial and Telus Cups.Dave began coaching while playing Bantam Hockey in Moncton New Brunswick at the age of 15. He brings 18 years of goalie coach experience at the U11, U13, U15, U18, Major Junior and CIS level, to the Atlantic Goaltending Academy.

He is currently in his 11th season as the goaltending coach of the Université de Moncton Aigles Bleues Female Hockey Team where he captured an AUS Championship in 2014.

He completed his 3rd season in the QMJHL as the Goalie Coach of the Acadie Bathurst Titan where he captured the President Cup and the 100th Memorial Cup.

Dave has also coached at the U13 AAA, U15 AAA and Junior A levels. 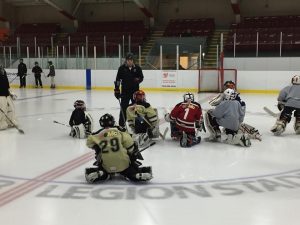 Q-PLEX , QUISPAMSIS N.B. July 25,26,27 & 28 2023  AGES 6 to 16 The Sea Dogs Summer Goalie Program will take place over 4 days for 2023. It will provide an outstanding 4-day training program for goaltenders who want to achieve a stronger foundation beyond the fundamental skills, including 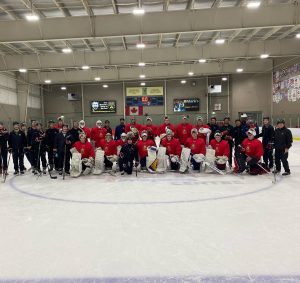 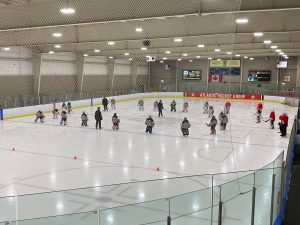 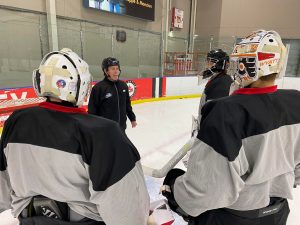